A Brief History of Grace 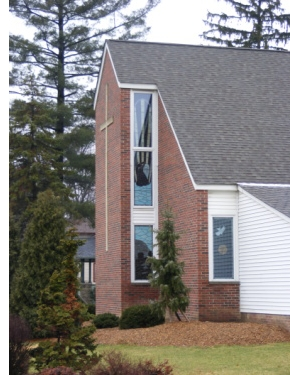 Grace Lutheran Church of Oberlin, Ohio belongs to the English District of the Missouri Synod, which was named for its use of the English language instead of German in worship – at a time in the early 19th Century when most LCMS congregations spoke German. Grace Lutheran began through the efforts of Rev. F. Schumm, pastor of Grace Lutheran Church in Elyria who realized a mission in Oberlin could be started with members who lived in Oberlin who could serve as a nucleus for a new congregation. H. C. Duwe, a candidate for ministry without a call was asked to canvass the town in August, 1935.
The Rowland Hall above the Apollo theatre was rented for the first service on October 13, 1935. 105 people attended the 8 p.m. service. In March, 1936 Duwe was appointed full time missionary to Oberlin, and from May 10 of 1936 morning services were held in the Oberlin Grange Hall. On November 19, 1936 the congregation was formally organized and Duwe called as the first pastor.

Sunday, July 2nd 1939 a ground breaking ceremony was held and the building was consecrated on December 17th of the same year. This original structure still exists as the narthex of the current building. On October 14th, 1951 a parish hall was built which still remains in use. A parsonage was erected at 116 N. Prospect and dedicated on Jan. 27, 1952.

In 1961, Grace Oberlin sponsored work to begin a church in the neighboring town of Wellington, Ohio.  The church there is now known as Bethany Lutheran Church.

At a voters meeting on September 24, 1994 a new building expansion was approved which included several classrooms, a kitchen and a larger sanctuary. In July of 1995 a traveling crew of “Laborers for Christ”, an organization of the Lutheran Church Missouri Synod, began work on the long contemplated expansion. The 1963 pipe organ built by Homer Blanchard, a member of the congregation was removed at this time. The Blanchard organ now serves another church in the area. As part of the 1995 renovation, a new instrument was installed built by the Bedient Organ Company of Lincoln, Nebraska, which continues to serve to this day. 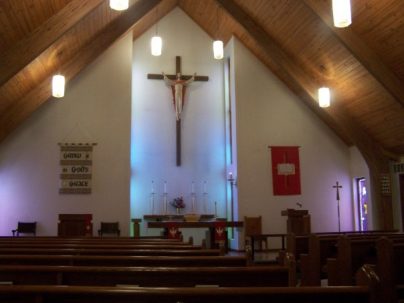 On Palm Sunday March 31st, 1996 the new sanctuary and addition was dedicated.

In 2011 Grace celebrated its 75th Anniversary the weekend of All Saints Day (Nov. 5th and 6th).  There was a special banquet on Saturday night – complete with a slide-show of old pictures.  On Sunday there was a grand worship service filled with many former pastors and members.  Dr. Gilbert Meilaender preached.

Pastors who have served at Grace: